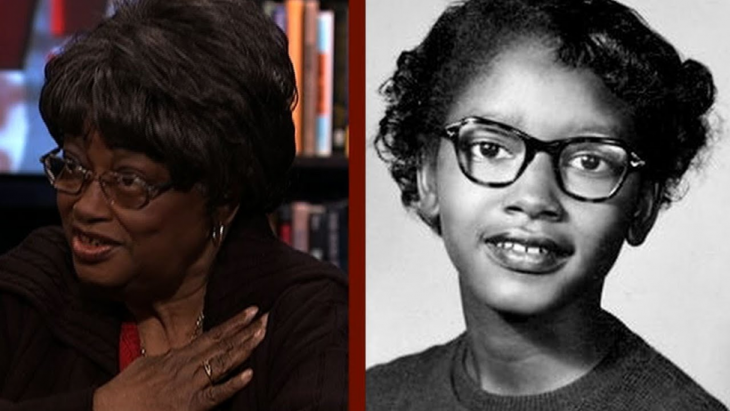 Claudette Colvin (born September 5, 1939) is a retired American nurse aide who was a pioneer of the 1950s civil rights movement. On March 2, 1955, she was arrested at the age of 15 in Montgomery, Alabama, for refusing to give up her seat to a white woman on a crowded, segregated bus. This occurred some nine months before the more widely known incident in which Rosa Parks, secretary of the local chapter of the NAACP, helped spark the 1955 Montgomery bus boycott.

Colvin was one of five plaintiffs in the first federal court case filed by civil rights attorney Fred Gray on February 1, 1956, as Browder v. Gayle, to challenge bus segregation in the city. She testified before the three-judge panel that heard the case in a United States district court. On June 13, 1956, the judges determined that the state and local laws requiring bus segregation in Alabama were unconstitutional. The case went to the United States Supreme Court on appeal by the state, and it upheld the district court’s ruling on December 17, 1956. Three days later, the Supreme Court affirmed the order to Montgomery and the state of Alabama to end bus segregation – the Montgomery bus boycott was then called off.

For many years, Montgomery’s black leaders did not publicize Colvin’s pioneering effort. She was an unmarried teenager at the time, and was reportedly impregnated by a married man. Colvin has said, “Young people think Rosa Parks just sat down on a bus and ended segregation, but that wasn’t the case at all.” It is widely accepted that Colvin was not accredited by the civil rights campaigners at the time due to her pregnancy shortly after the incident, with even Rosa Parks saying “If the white press got ahold of that information, they would have [had] a field day. They’d call her a bad girl, and her case wouldn’t have a chance.”