Born Freda Josephine McDonald in St. Louis, Missouri, Josephine Baker (1906–1975) was an African-American dancer and singer who was “the most successful music hall performer ever to take the stage” (Ebony magazine).

Josephine Baker was larger than life: She was the toast of Paris in the 1920s with her trademark banana skirt, a star of stage and screen in the 1930s; a Red Cross volunteer and undercover agent for the French Resistance during World War II; a participant in the 1963 Civil Rights Movement March on Washington; and star of several farewell (and comeback) tours in the 1960s and 70s. Baker adopted 12 children of different races, nationalities and religions, and called them her “Rainbow Tribe,” Baker’s utopian dream of multiracial unity.

The Untold Story of the Integration of Pro Football

(The Forgotten Four (clockwise from top left): Marion Motley, Bill Willis, Kenny Washington, Woody Strode) The story of how Jackie Robinson broke baseball’s color barrier in 1947 is the stuff of legend. But there’s another story about the desegregation of a professional sport that hardly gets told. A year before Robinson joined the Brooklyn Dodgers, […]

Untold Stories of Black Women in the Suffrage Movement 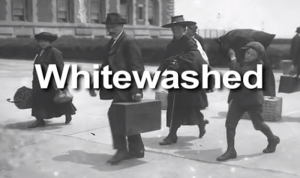 Whitewashed: Unmasking the World of Whiteness