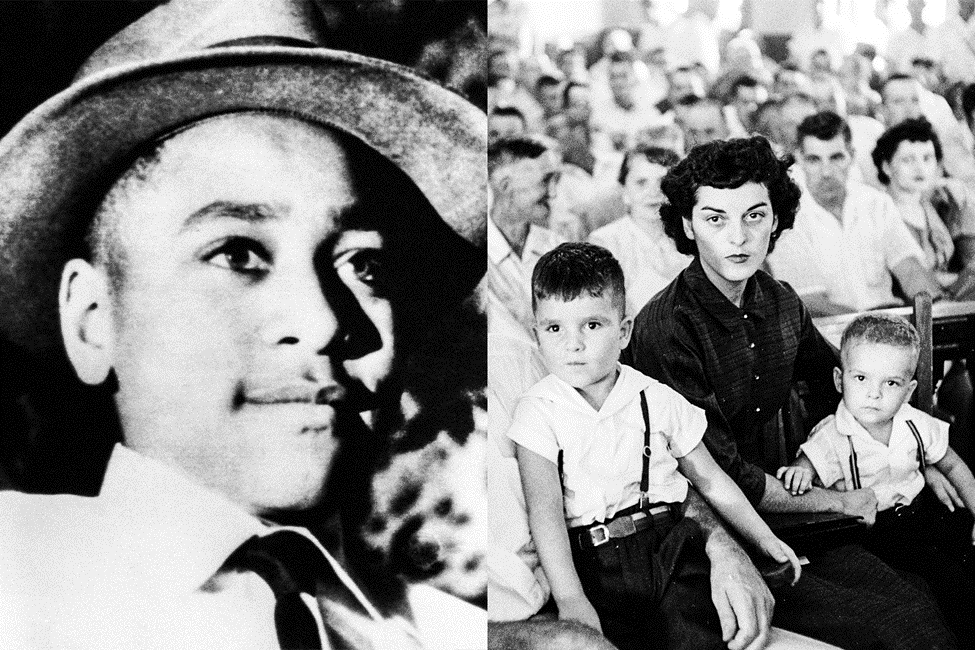 A racially segregated courtroom in Sumner, Mississippi, two white men, J.W. Milam and his half-brother Roy Bryant—a country-store owner—were acquitted of the murder of Emmett Till, a 14-year-old black from Chicago IL On August 28, 1955, while visiting a Deep South that he didn’t understand, Till had entered a store to buy two cents worth of bubble gum. Shortly after exiting, he likely whistled at Bryant’s 21-year-old wife, Carolyn Bryant. Enraged, Bryant and Milam took matters into their own hands. They would later admit to local authorities that they’d abducted Till three nights later. And when they finished with him, his body was so hideously disfigured from having been bludgeoned and shot that its horrifying depiction—in a photo in Jet magazine—would help to propel the American civil rights movement.

Fast forward, Carolyn Bryant Donham (she would divorce, then marry twice more) was a mystery woman. An attractive mother of two young boys, she had spent approximately one minute alone with Till before, in view of others, the alleged whistling had occurred. (He may not have whistled; he was said to have a lisp.) Carolyn then dropped out of sight, never speaking to the media about the incident. But she is hidden no more. In a new book, The Blood of Emmett Till (Simon & Schuster), Timothy Tyson, a Duke University senior research scholar, reveals that Carolyn—in 2007, at age 72—confessed that she had fabricated the most sensational part of her testimony. “That part’s not true,” she told Tyson, about her claim that Till had made verbal and physical advances on her. As for the rest of what happened that evening in the country store, she said she couldn’t remember. (Carolyn is now 82, and her current whereabouts have been kept secret by her family.)

Carolyn Bryant, in fact, had approached Tyson because she was writing her memoirs. (Her manuscript is in the Southern Historical Collection at the University of North Carolina Chapel Hill library archives and will not be available for public view until 2036, according to Tyson.) Her daughter had admired Tyson’s earlier book, Blood Does Sign My Name, about another racism-inspired murder committed by someone known to Tyson’s family. And Tyson himself, a Southern preacher’s son, says that when he sat down with Carolyn, she “could have fit in at a Tyson family reunion”—even at its local church. Clearly, he observed, she had been altered by the social and legal advances that had overtaken the South in the intervening half century. “She was glad things had changed [and she] thought the old system of white supremacy was wrong, though she had more or less taken it as normal at the time.” She didn’t officially repent; she was not the type to join any racial reconciliation groups or to make an appearance at the new Emmett Till Interpretive Center, which attempts to promote understanding of the past and point a way forward.