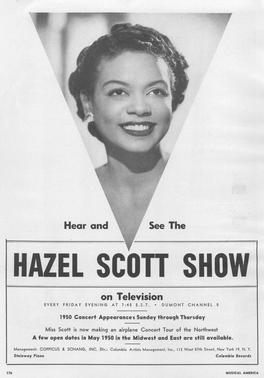 The Hazel Scott Show was an early American television program broadcast on the now defunct DuMont Television Network. The series, hosted by Hazel Scott, ran during the summer of 1950, and is most notable for being one of the first U.S. network television series to be hosted by any person of African descent.[